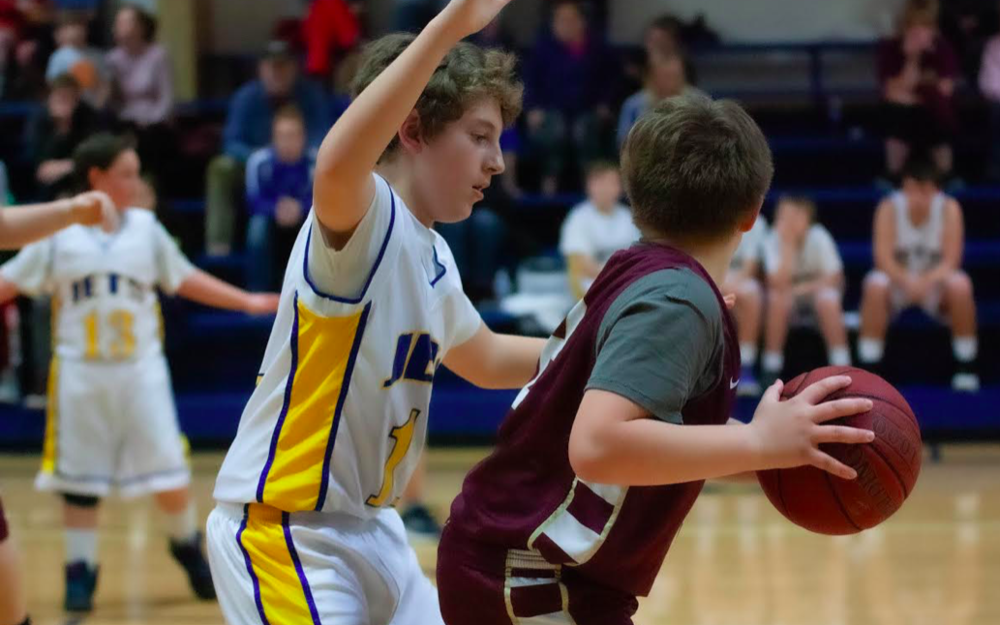 In the lid-lifter, the Lady Indians posted a 28-12 victory over AMMS, and the St. Paul boys followed that up with a 28-22 triumph over the Jets.

The Lady Jets played a good defensive game, but couldn’t get enough going offensively as they fell 28-12.

“We only had six girls tonight but the girls adapted to that very well. They’re improving so much with rebounding,” said AMMS coach Nikki Almond. “Once they start taking care of the ball and slowing down a little, we will see even more improvements.”

St. Paul jumped to a 14-3 first-quarter lead, but the Lady Jets settled down and were outscored only 14-9 over the final three periods.

In a high-energy, low-scoring contest, the St. Paul boys jumped to an early lead and withstood a strong rally by Altoona-Midway to notch the 28-22 victory.

The Indians led 13-7 at the quarter and 16-10 at halftime. The Jets rallied to pull within two, 24-22, with under two minutes to play, but St. Paul managed the last two baskets of the game to secure the win.

“The effort was there – the boys played hard,” said AMMS coach Craig Null. “We just couldn’t get the ball in the basket tonight. It was an exciting game.”

Zakary Kirkpatrick dominated inside and put up a game-high 13 points for St. Paul, while fellow post player Ethan Yarnell tossed in six points.

St. Paul also won a two-quarter “B” game, 15-7. Lawrence had four points and Blaine Collins had two for the Jets.

The Altoona-Midway boys are now 3-5 while the Lady Jets are 0-8.

Altoona-Midway middle school teams hit the road on Monday for games at Parsons against St. Patrick’s.