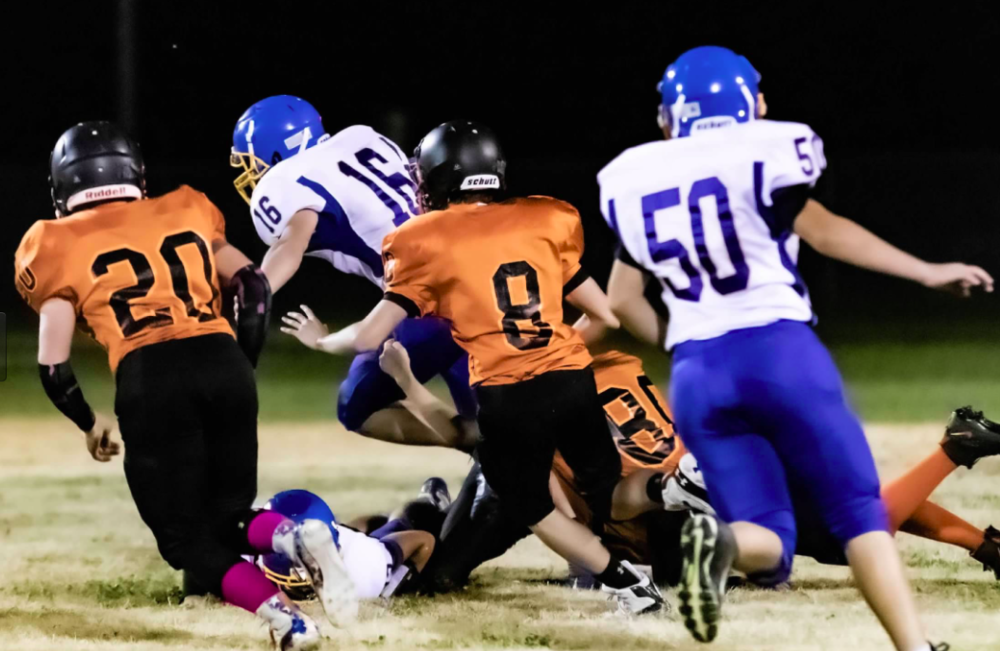 MORAN – The Altoona-Midway Jets faced a “must-win” situation to keep their playoff hopes alive when they squared off against the Marmaton Valley Wildcats here Friday night.

And the Jets did just what they needed to do – they won.

Putting together an outstanding effort on both sides of the ball, Altoona-Midway posted an impressive 36-20 triumph over MVHS in a key Class Eight Man-District II, Division 1 matchup.

“It was a great team victory,” said an elated AMHS head coach Chad Raida. “We went to Moran in a must win game to keep our playoff hopes alive and did just that.”

Altoona-Midway moved to 2-5 overall and 2-3 in the eight-man pool of the Three Rivers League. But most importantly, the win evened the Jets’ district record at 2-2 and sets up a big game this Friday when they host Colony-Crest High School.

The total team effort by the Jets saw four different players score touchdowns on offense, while the Jets defense pitched a shutout to spur a second-half comeback.

Marmaton Valley led 8-6 at the quarter and 20-14 at halftime. But AMHS scored once in the third period and twice in the fourth quarter while holding the Wildcats scoreless after intermission.

Josh Meigs scored a pair of touchdowns for Altoona-Midway, one on the ground and also hauling in a 39-yard TD pass from Jimmy Willard. Willard and Dayton Marsh each also rushed for a touchdown for AMHS, and Marsh also fired a 28-yard scoring strike to Dustin Reeves.

Overall, the Jets rang up an impressive 288 yards of offense. Willard led all rushers with 104 yards on 18 carries, and Marsh racked up 58 yards on 14 totes.

Defensively, Willard led the Jets with 13 tackles, an interception and a fumble recovery. Marsh and Kendall Pierce finished with nine tackles apiece, and Meigs also intercepted a Wildcat pass.

“We went into the game shorthanded and never quit,” Raida said. “I’m super proud of the guys and their effort. They played their hearts out and left it all on the field.”

The Jets (2-5 overall) will try to make it two in a row this Friday, hosting Colony-Crest (3-4) at Frank Kennedy Field on the AMHS campus. Kickoff is scheduled for 7 p.m. It will also be homecoming for Altoona-Midway.