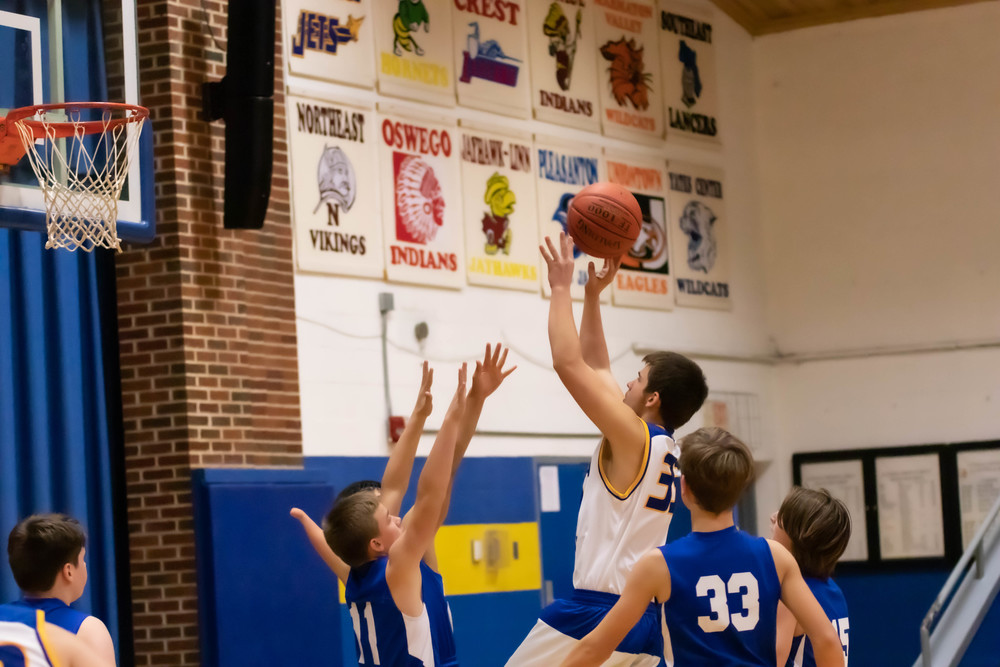 BUFFALO – The Altoona-Midway High School Jets ended the pre-Christmas portion of their schedule on a high note, waltzing to a 75-40 victory over the Tyro Christian Eagles in a non-conference affair played Friday night at Milo Peterson Gymnasium.

There was no girls’ contest Friday.

“We did a great job of attacking their zone defense,” said AMHS head coach Lane Huffman. “We practiced driving baseline and quick passing all week in order to make their defense have to move. As a result, we got a lot of good looks. We shot 83 percent as a team from inside the three-point line.”

Jackson Ashmore turned in a great all-around game, pouring in a game-high 23 points and also setting up his teammates to score.

Alex Troutman picked up the scoring void created when fellow Jet senior Josh Meigs had to miss the game due to an ankle injury. Troutman rattled the twine for 20 points and also hauled down six rebounds.

The Jets also received an outstanding performance from freshman Jacob Meigs, who shot a perfect six-for-six from the floor and finished with 14 points. Dalton Smith also reached double digits with 10, while Andy Tiger and Zeek Roby rounded out the scoring with six and two points, respectively.

Defensively we are still struggling, but we are making improvements each game,” Huffman said. “If our defense improves, we have a chance to be very successful in our league during the 2021 portion of our season.”

AMHS and Tyro Christian also squared off in a shortened junior varsity contest, with the Jets winning 19-15. Freshman Lane Poeverlein led the victors with 14 points.