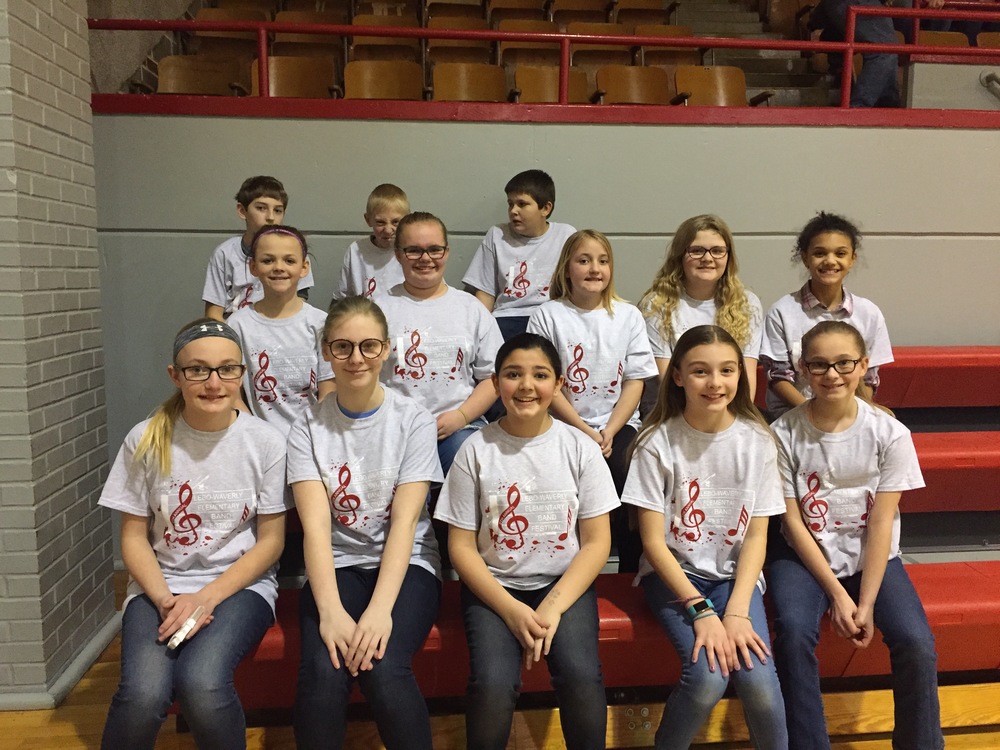 Altoona-Midway students participated in the Lebo/Waverly Elementary Band Festival on February 10.  Almost 100 first year band students rehearsed with clinician, Mr. Matt Fisher from Fredonia, while almost 50 second year band students rehearsed with Mrs. Becky Jones from Lansing.  Assisting the clinicians were the band directors from participating schools.  Even though the students were tired from focusing, playing and sitting for five hours, they all thoroughly enjoyed the day.  Cate Nembhard had this to say, “This was so worth it.  I’m glad that I gave up my Saturday for this.  This was AMAZING!!”