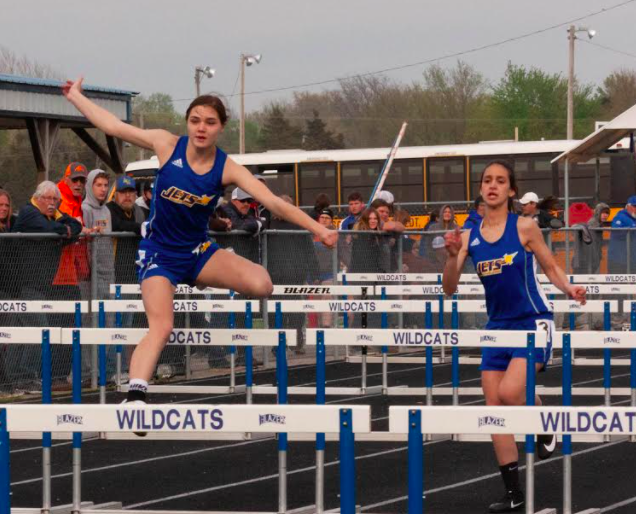 Josh Meigs led the way for the AMHS boys, placing in three events on the day, while Alex Troutman picked up points in two categories.

Abi Elsesser was a double point-winner for the Lady Jets.

Meigs finished fifth in both the long jump and the 300 meter hurdles. He was also a member – along with Troutman, Jackson Ashmore and Dalton Smith – of the Jets’ 4x100 relay team that finished sixth.

Troutman also tallied points for AMHS with a fifth place throw in the javelin.

Elsesser claimed fifth place in the girls’ 100 meter high hurdles. She was also part of the Lady Jets’ 4x100 relay unit that grabbed third place, providing the highest AMHS finish on the day.

Other members of the girls’ 4x100 relay for AMHS were Anna Beckwith, Heather Lane, and Mariah Stackhouse.

AMHS track coach Lane Huffman has nine boys on this year’s squad, while the four girls on the relay team comprise the entire Lady Jets roster.