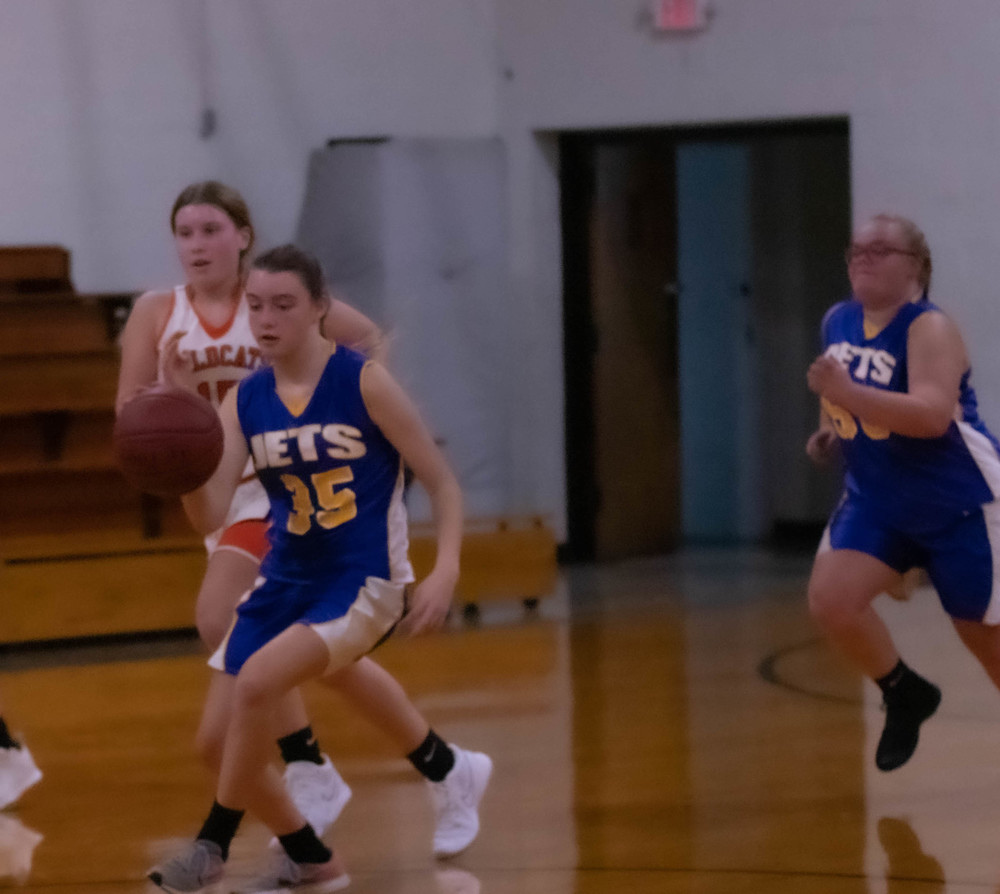 Both the Jets and Lady Jets displayed some bright spots, but the host MVMS was able to come away victorious in both games. Marmaton Valley won the boys’ contest­ 49-37, while the Lady Wildcats captured the opening contest 22-9.

The Jets benefited from a tremendous one-two scoring punch by Kieran Foster and William Stackhouse, but were unable to generate any other offense. Foster finished with a game-high 19 points and Stackhouse poured in 18.

“William and Kieran had good offensive games tonight,” noted AMMS head coach Jeff Almond. “Both made some key shots when we went a little cold.”

Marmaton Valley was led by Brayden Lawson and Tyler Lord, who scored 16 and 15 points, respectively.

“You could definitely tell it was a ‘first game.’ When we figure out where we are supposed to play on defense, we'll be a much better team,” Almond said.

“But we played hard the entire game.  We need to maintain focus and do our jobs to become a good team,” he added. “I was proud of our guys tonight.  We will get back to work in practice and get more repetitions and get better.”

The Lady Jets stayed in the game with a good defensive showing, but couldn’t generate any offense and they fell 22-9.

AMMS failed to score the entire first half, yet still only trailed 6-0. The Lady Wildcats increased their advantage to 14-3 after three periods.

“The girls played hard the entire game. We need to work on running our plays all the way through and stepping toward the ball,” said AMMS girls’ coach Michelle Morales.

“Emmalynn and Alexis did very well at communicating with the team tonight in both offense and defense. I’m proud of all the girls. They didn’t slow down and they didn’t give up,” Morales added. “We will be getting some great practices in this next week and a half to prepare for our next game.”

The Altoona-Midway squads are now idle until Nov. 16, when they hit the road to Rosalia to square off against Flinthills Middle School.