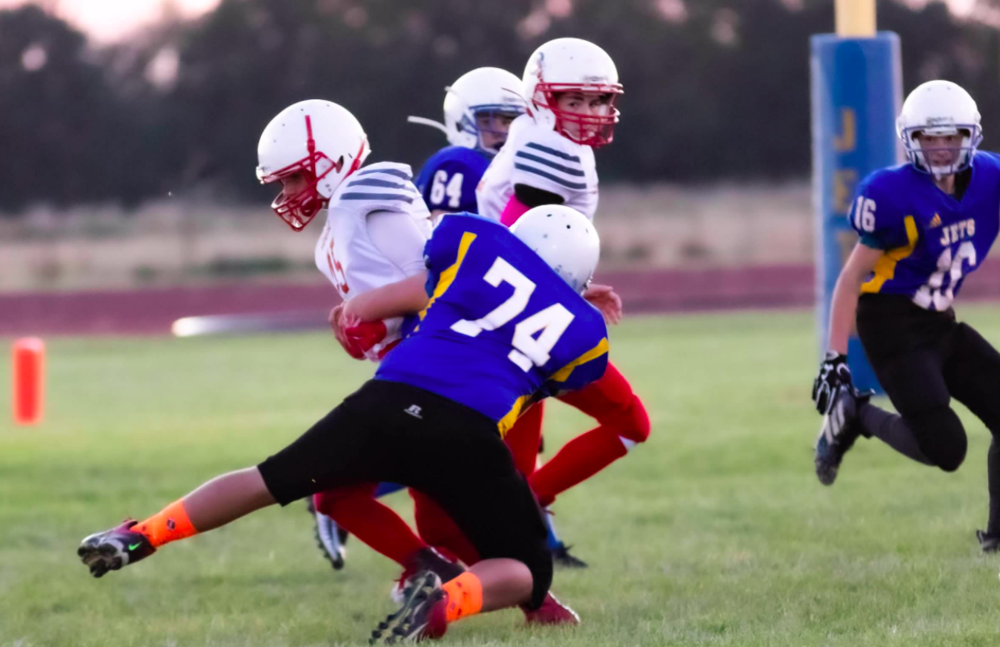 BUFFALO – The Altoona-Midway Middle School football team registered a
season-high scoring output on offense to close out the 2019 season here Thursday night.
Unfortunately, the Jets also allowed a season-high point total defensively. As a
result, Oswego Middle School pulled away for a 66-28 victory in the season finale for both
schools.
Altoona-Midway, 1-5, had a lightning start to the game, as Kaiden Rutherford
grabbed the opening kickoff and returned it the distance for a 6-0 Jet lead. But Oswego
regrouped and forged a 16-6 lead at the quarter. They expanded their advantage to 36-6 by
halftime.
“We came out like a firework, scoring on the opening kickoff,” said AMMS head
coach Ron Rice, “but then we fizzled out the rest of the first half. Our offense struggled
and defense couldn't contain their backs.”
Despite the final score, the second half was very competitive, as Oswego managed
just a 30-22 advantage over the Jets after intermission.
“The second half was a whole different ball game with our defense playing a much
smarter and tougher game,” Rice said. “I'm proud of how we responded to make it
competitive and playing all four quarters.”
Altoona-Midway actually took two kickoff returns all the way to the bank, as
Tristan Ballin also had a TD kick return in the final quarter.
Rutherford was definitely a bright spot offensively, scoring three touchdowns and
adding a pair of two-point conversions. He and Ballin were two of the 10 players from
Yates Center who combined with nine AMMS gridders this season under a cooperative
agreement between the two schools.
“Overall for the season, I'm proud of how our team was able to come together and
play as one team, even though we came from two schools,” Rice commented. “They
improved from the first day to the fourth quarter last night. The kids played with a lot of
heart and gave me their best – which is all that I can ask of them.”