It was such an honor to celebrate Mr. Pearce and dedicate the Robert E. Pearce Greenhouse today! Happy birthday Mr. Pearce! We are so appreciative of you and all that you do! 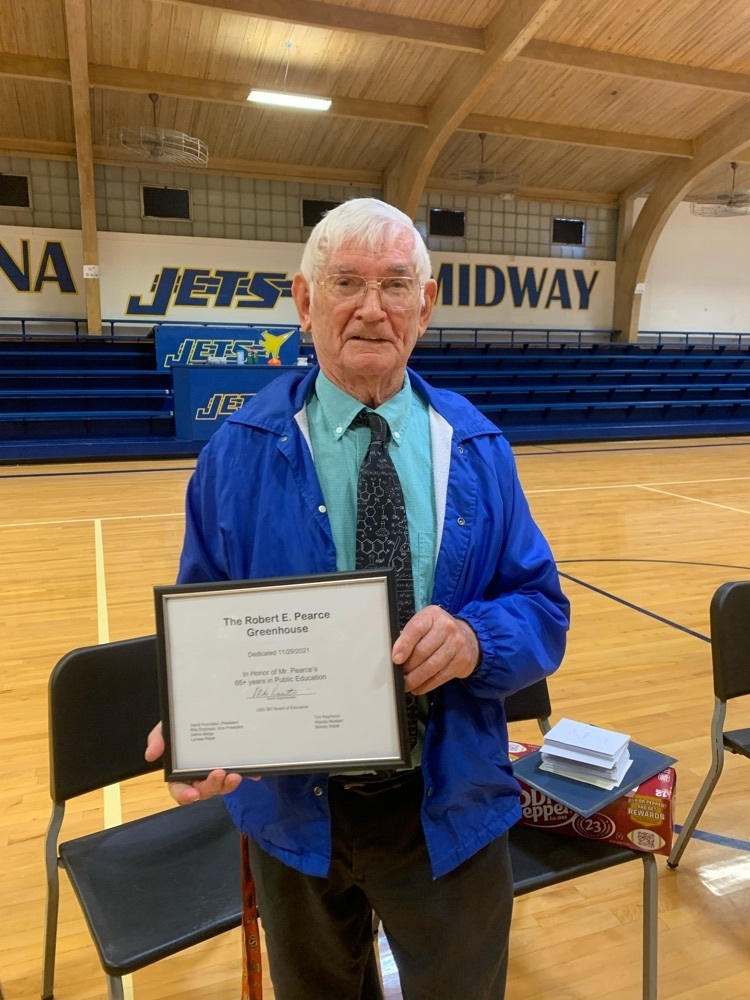 Reminder: No 21st Grant activities this week. Activities will will resume Nov. 29.

Please consider taking a short survey to help find ways to improve local internet access! Surveys may be completed only once and will be accepted until December 15. https://ipsr.ku.edu/broadband/kansas.shtml.

Though we are not currently on a mask mandate, it is a federal mandate that students wear a mask/face covering while on the school bus. If your child rides a bus, please be sure to send them with a mask each day.

As a precautionary measure, students who rode the Altoona bus driven by Gerald were asked to test or stay home today. At this time, further testing and quarantine is no longer required. All students may return to school tomorrow.

The Altoona-Midway Novice Debate team performed really well at Shawnee Mission West High School this past weekend, Saturday, November 13, 2021. The AMHS squad members attending this weekend were Joseph Leach (SR), Kaylene Dorsey (SO), Karissa Cook (SO), and Chase Nalley (JR). They competed against 4A - 6A schools and won 4 rounds. The squad earned 1st place speaker points a total of 4 times. The squad continues to learn and improve with each meet. Along with the work, the squad met new friends from Shawnee Mission West. The squad has three meets left - El Dorado this Thursday, Haven next Saturday, and Augusta on December 4. Go Jets!! 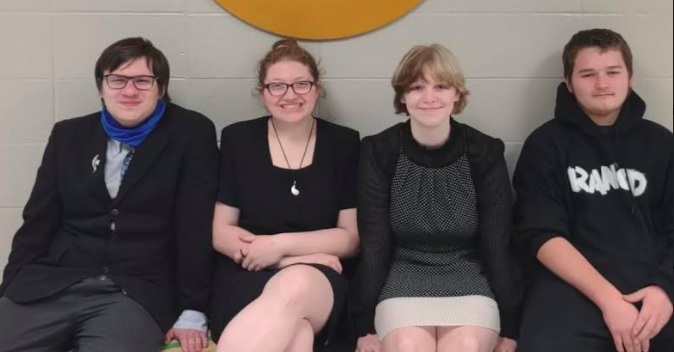 If your student rides Gerald's bus, they will need to test tomorrow to stay at school. We must have a permission slip to test on file in order for your student to be tested. All students were given permission slips for testing. If you need another slip(s), please follow this link https://core-docs.s3.amazonaws.com/documents/asset/uploaded_file/1616104/Informed_Consent.pdf You can print it out, fill it out, and send it to school with your child tomorrow. If your child tests to stay, they will be required to wear a mask at school for a period of time to be determined. If you do not wish to have your child tested, they will need to be quarantined at home. If your child does not have a permission slip on file or does not bring one tomorrow, they will be sent home to quarantine. Call the office for assignments. Elementary school: 620-568-5725, MS/HS: 620-537-7711. We will update you tomorrow with further information as it become available. If you have questions today, please call 620-212-9455.

On Friday, November 5, 2021, the MS/HS Drama Club will present The Murder Box by Reid Conrad. The Matinee starts at 1:20 p.m. and the evening performance starts at 7:00 p.m. The play will be performed at Altoona-Midway High School's Peterson Gym. The performances are free, but a goodwill donation is appreciated. We hope to see lots of our wonderful families and community members on Friday. Thank you for your support!

The MS/HS Drama club will have dress rehearsals on Wednesday and Thursday night. We start performances from 5:30 - 7:30. If students stay after school or arrive early to start makeup and hair, students are to go to Mrs. Dvorachek's room. 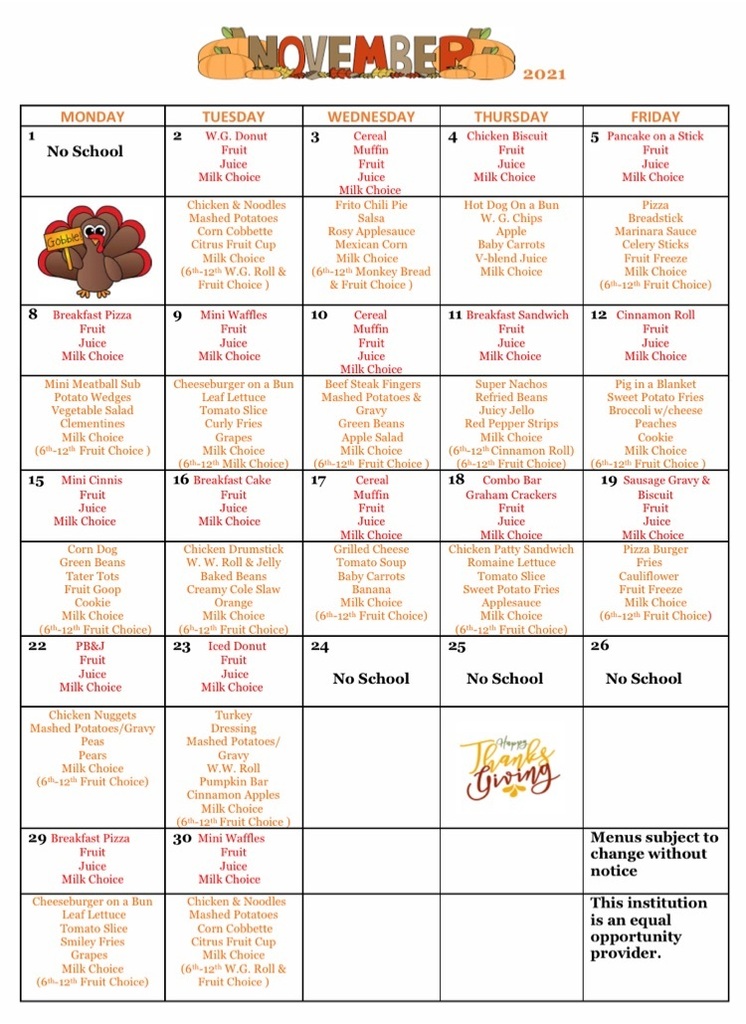 The Kinder Jets explored the inside of a pumpkin! They learned to identify the stem, rind, ribs, pulp and seeds of the pumpkin. They all agreed that it smelled like "yuck!" 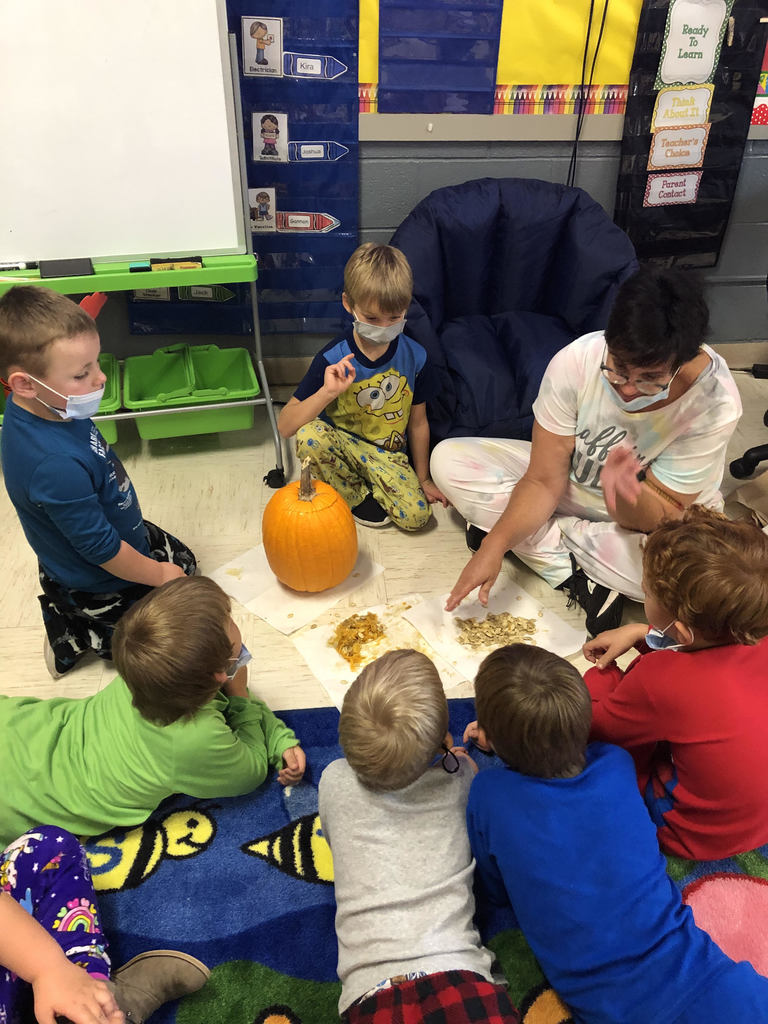 FRIDAY, OCT 29, 2021 By: Craig Null ALTOONA-MIDWAY HIGH SCHOOL FOOTBALL CHETOPA – For the Altoona-Midway High School football team, hopefully this is an omen for things to come. With both teams agreeing to venture into the rules of six-man football for their final game of the season, the AMHS Jets definitely adapted more quickly than their Chetopa Hornet counterparts. Altoona-Midway scored early and often and its defense was stingy, rolling to a gratifying 50-7 victory over the Hornets in the trial contest played in wet, windy conditions here Thursday night. Altoona-Midway and Chetopa and two of the schools who will make the switch from eight-man football to six-man football next season, in conjunction with the Kansas State High School Activities Association voting to sanction six-man competition beginning in the 2022 fall season. “Wow, what a night. A 50-7 victory in our first-ever six-man game,” said an elated AMHS head coach Chad Raida. “My hats off to this team and the way they played tonight. I’m just so excited for them.” The victory also provided the Jets their first foray into the win column in 2021. AMHS had lost their previous six games in eight-man action (two games were canceled), including a 50-44 loss to Chetopa back on Sept. 24. Jet senior Dalton Smith had a career night, amassing six touchdowns and rushing for an incredible 319 yards on 25 carries. “Dalton had one of the greatest games I have ever watched,” Raida said. “He made some very nice cut-backs to find pay dirt.” Smith evidently gets fired up to play Chetopa. In the earlier eight-man contest, the senior compiled five touchdowns and nearly 300 yards total offense against the Hornets. But it was far from a one-man show. Leading only 12-7 in the second quarter, junior Brandon Johnson scampered in from 30 yards out to give the Jets an 18-7 halftime advantage. Johnson finished the night with 197 yards rushing on 10 carries. The Jets tacked on three more scores (all by Smith) in the third quarter to go up 38 7, and closed out the game with another Smith TD run and a first in AMHS history, the center lineman on the receiving end of a TD pass. Chase Nalley, Jet center, got open on a pass play for score the final TD of the game. Under six-man rules, all six players on offense are eligible receivers. “What a tremendous effort on both sides of the ball,” Raida said. “We amassed almost 600 yards rushing and allowed less than 100 yards total offense by the Hornets. I am so proud of these kids.” Another rule to note in six-man football, the players receiving the snap from center cannot run the ball past the line of scrimmage until an exchange (lateral or handoff) has taken place. In addition to Altoona-Midway and Chetopa, Southern Coffey County and Waverly in the East have also announced plans to drop to six-man football beginning in the 2022 season. Other schools dropping from eight-man to six-man competition next year include Chase, Ingalls, Lost Springs-Centre, Peabody-Burns, Southern Cloud, Tescott, Wetmore, and Winona-Triplains/Brewster. This season 15 schools in Kansas – primarily in the western part of the state – played six-man football, but the competition was not sanctioned by KSHSAA. To play six-man football, a school can have no more than 55 students in grades 9, 10, and 11. Eight-man has a maximum of 100 students.

A great opportunity for seniors and their guardians 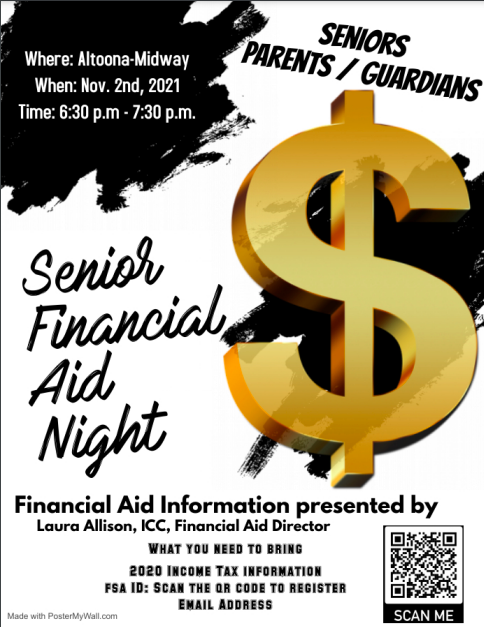 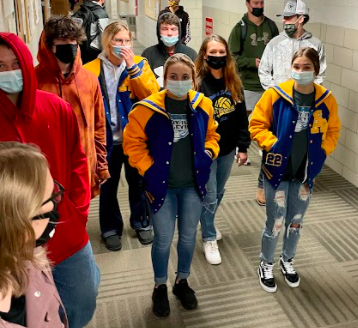 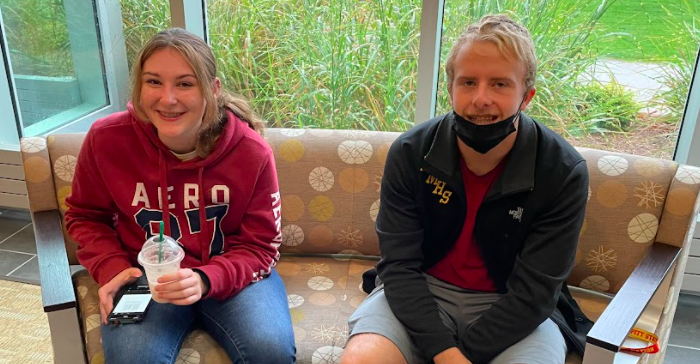