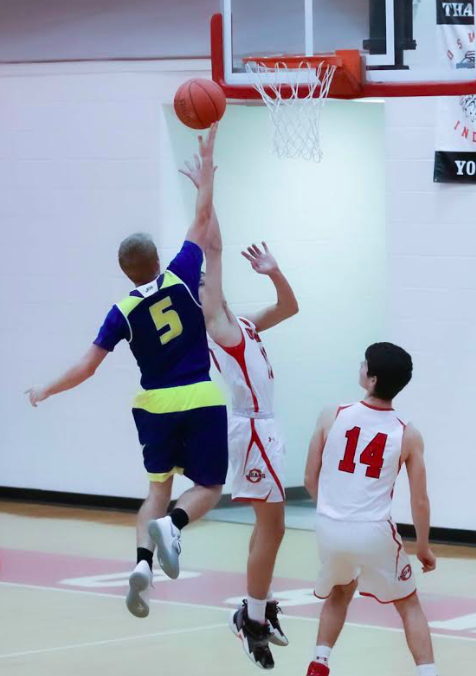 OSWEGO – The Altoona-Midway High School Jets jumped out to an early lead and made it stand up as they posted a 51-47 victory over the Oswego Indians in a Three Rivers League contest here Tuesday night.

There was no girls’ game Tuesday, due to the Oswego squad being hampered by COVID-19 quarantine restrictions.

Andy Tiger’s bank shot from the lane gave AMHS a 2-0 lead during the opening minute of the game, and the Jets never looked back.

Altoona-Midway raced to a 13-4 lead at the quarter and was up 26-10 at halftime, although Oswego was stubborn in the second half, continually whittling away at the lead.

“We came out of the gate playing great defense as we played a combination of man and zone. We limited the Indians to 10 first half points,” noted AMHS head coach Lane Huffman.

“But we lost our defensive energy and Oswego was able to get easy layups and offensive rebounds in the second half. We let them back in the game down the stretch.”

Oswego outscored AMHS 37-25 in the second half, and pulled within 47-42 with 1:25 left to play. But three free throws by Jackson Ashmore and one by Joshua Meigs pushed the Jet lead back to 51-44 and sealed the win.

Altoona-Midway featured a very balanced offensive attack, as four Jets reached double figures. Ashmore led the way with 14 points, including three treys. He was followed closely by Meigs, who notched 13 points and hauled down eight rebounds.          Tiger, only a sophomore, tallied a season-high 12 points for the Jets, while Dalton Smith added 11, included 3-for-3 from behind the arc.

Altoona-Midway improved to 3-4 overall and evened its league record at 1-1.

The Jet squads return home on Friday to host Uniontown.