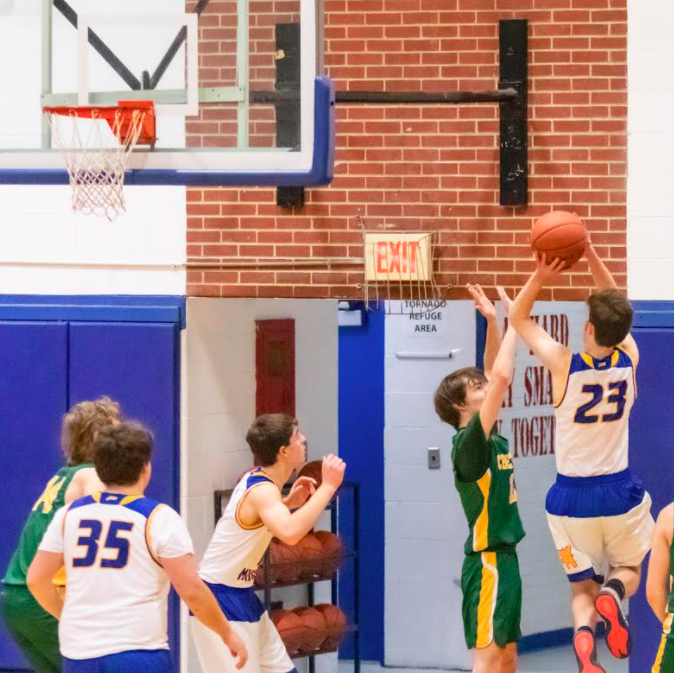 BUFFALO – When you haven’t played a high school basketball game in more than two weeks, you’re happy just to get to play.

When you pick up a league win, and snap a five-game losing streak in the process, that’s a bonus.

That was the scenario for the Altoona-Midway Jets here Thursday night, as they defeated Chetopa 48-32 in a Three Rivers League contest at Milo Peterson Gymnasium.

The girls’ game between the Lady Jets and Lady Hornets was postponed.

The Jets were playing their first game since Jan. 26, and head coach Lane Huffman was proud of his squad for shaking the dust off and posting the impressive TRL victory.

“Between Covid and the weather, it has been tough to get a basketball game scheduled,” said Huffman. “But overall, I was pleased with how the kids responded after such a long layoff.”

The Jets struggled from the field, and especially from behind the arc, connecting on just 3-of-14 trey attempts.

AMHS led just 12-11 at the quarter and 24-17 at halftime, and 34-27 entering the final period. Senior Josh Meigs stepped up down the stretch, scoring 10 of his game-high 19 points in the fourth quarter. Meigs also finished with 10 rebounds.

“We were struggling to make shots, so we knew we had to get Josh involved,” Huffman said. “We were up six with about four minutes to go, so we forced Chetopa to get out of their zone and play man-to-man defense. Then Josh just took over the fourth quarter.”

Huffman was quick to point out several other Jets also played pivotal roles.

“Chetopa battled hard and got a lot of baseline layups and second chance points,” Huffman noted. “They are one of the toughest, hardest working teams we play all year. Chetopa went on an 8-0 run in the third (quarter), but our boys regrouped to match that with a run of our own.”

Altoona-Midway was slated to head to Moran on Friday to face Marmaton Valley in another TVL boys’ matchup.