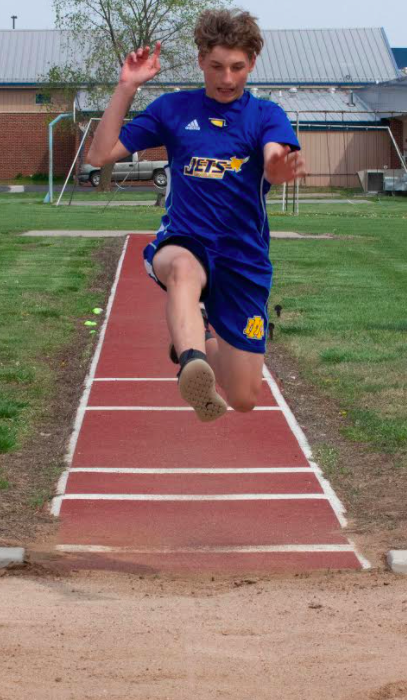 EUREKA – Altoona-Midway Middle School opened up its spring sports season with track meets Monday at Humboldt and Tuesday at Eureka.

At the Eureka Classic, AMMS picked up points from William Stackhouse, Erik Jones and Emmalynn Pupanek in the eighth-grade meet, while Kage Beck, Braxton Wittlake and Eryn Tiger tallied points for the Jets in the seventh-grade division.

“This was a great meet,” said AMMS track coach Chary Weilert. “Our eighth graders continue to show outstanding leadership not only at meets, but at practices, too.”

Track is a sport that’s all about discipline, and William and Emmalynn are examples of how hard work during the off season and during practices pays off during the season.”

“Now that we’ve established a “starting point” with each athlete’s times and/or distance, our goal is to continue to work hard and improve,” Weilert said.

The AMMS thinclads opened the season Monday at Humboldt, with Pupanek placing in four events, Beck in two, and Morales and Wittlake each placing in one event.

Pupanek crossed the finish line first in the 1600, second in the 400 and fourth in the 100, while taking third in the high jump.

Beck was third in the high jump and sixth in the 1600; Morales placed fourth in the discus; and Wittlake took fifth in the shot put.