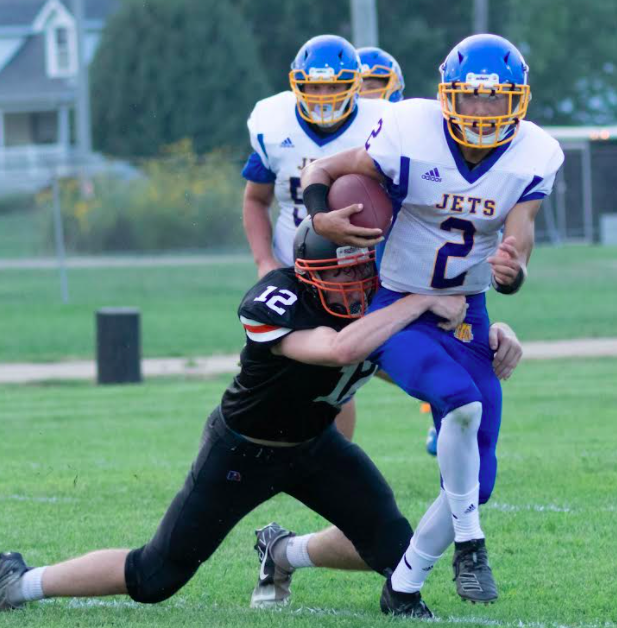 The Wildcats scored early and often while the Jets were unable to generate much offense. The one-sided contest was called at halftime due to the mercy rule.

“It was a rough way to start the season,” commented AMHS head coach Chad Raida. “Marmaton Valley was a big, physical team, and they were also fast.

“We definitely had some first-game mistakes. We had trouble running the correct plays and taking care of the ball. Any time you turn the ball over five times, you’re not going to get the results you want.”

Leading the Jets’ offense was senior Matthew Morris, who carried the ball seven times and picked up 46 yards. Senior Terry Williamson had five totes for 29 yards for AMHS.

“We will bust our tails this short week and focus on getting getter each game,” Raida noted.

The Jets, now 0-1 overall and in the eight-man pool of the Three Rivers League, will stay on the road again this week, traveling to Yates Center on Friday for another TRL contest.