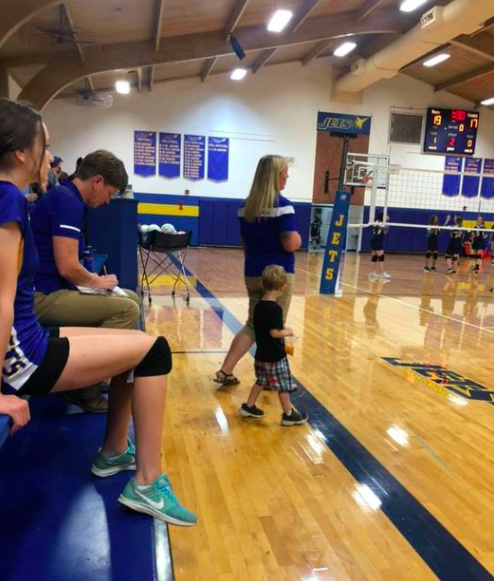 The latest sign of that came here Thursday afternoon, as the Lady Jets took the measure of Liberty Homeschool Alliance in a best-of-five set match played at Milo Peterson Gymnasium.

Beginning the season with just seven squad members, four of whom had never played competitive volleyball before, the Lady Jets knew they had a lot of room for improvement.

And, they’ve done just that, having won four of their last five matches.

“To say we are proud is an understatement,” said AMMS head coach Nikki Almond. “The girls have been working hard to improve their skills in practice, and it's showing on the court.  I love how eager this small group of seven is to learn and improve.”

The Lady Jets fired 10 aces during the match, led by Chantal Morales with four. Alexis Foudray was next with three aces, while Sandra Morales laced two and Hadlee Pupanek added one.

AMMS is also improving on the front line. Sandra Morales had two kills and Foudray and Chantal Morales recorded one apiece.

“We are getting more aggressive on the net, which is so exciting to see,” Almond said. “Sandra did some amazing net play tonight along with Alexis.

“While we need to work more on passing to the setter, our passes in general have improved greatly,” she added. “I’m confident the girls will continue to improve.”

Altoona-Midway, now 4-3 on the season, will travel to St. Paul on Monday for a quadrangular, competing against Thayer, St. Pats, and the host Lady Indians. First action is slated to begin at 5 p.m.