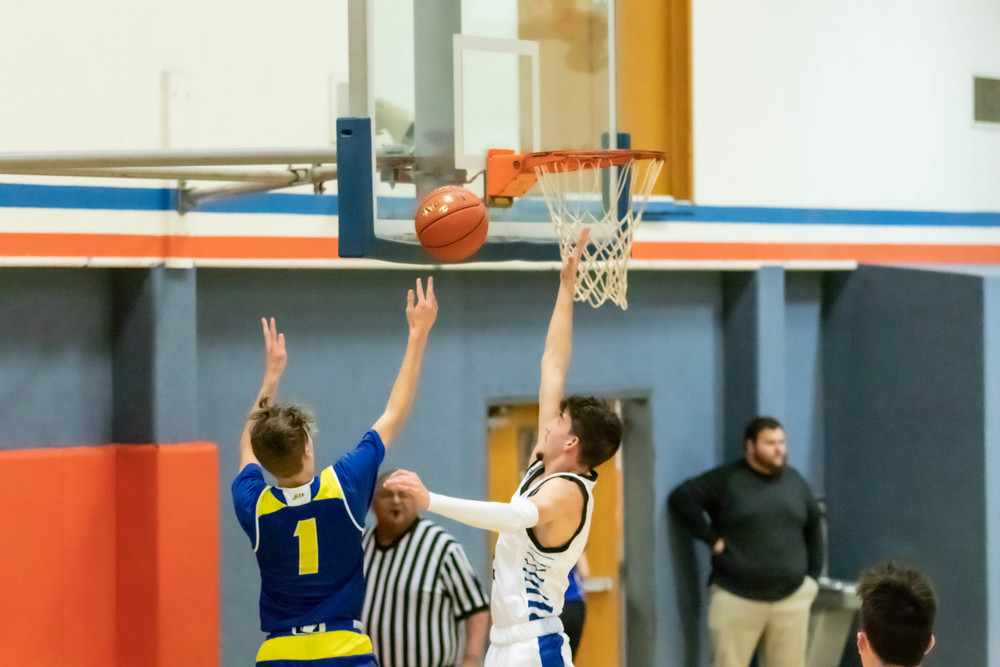 MELVERN – Using a strong second half and a total team effort, the Altoona-Midway High School boys broke into the win column for the first time this season, posting a 44-38 victory over Peabody-Burns High School in second round action of the Marais des Cygnes Valley Tournament here Thursday.

With the win, the AMHS boys improved to 1-2 overall on the season. The Jets were scheduled to complete play in the MdCV Tournament on Friday, squaring off against the host Marais des Cygnes Valley squad.

“I was proud of how we came out and held the same intensity throughout the entire game tonight,” said Altoona-Midway head coach Lane Huffman. “I never once questioned our effort. Every guy from top to bottom was full of energy.

“Seeing our bench come alive tonight was also a factor,” Huffman added. “Everybody contributed to this win.”

Peabody-Burns didn’t go down without a fight. The Warriors led 9-7 after one period and still held a 19-17 advantage at halftime. The Jets outscored the Warriors 15-8 in the third period to take a 32-27 lead, and then increased that margin by one in the fourth quarter to post the six-point victory.

“We found ourselves down almost the entire first half, but once we took the lead in the third, we never gave it back. The focus was there all night,” Huffman said.

“We still need to improve on finishing under the basket and making free throws. If we do that a little better we increase our margin of victory by a lot tonight.”

Offensively, the Jets were led by senior Jackson Ashmore, who poured in a game-high 23 points. Freshman William Stackhouse came up with eight important points, while Harley Lopeman chipped in five. Andy Tiger and Dalton Smith each notched four points in the win.

“I really credit Jackson being a great leader tonight,” Huffman said. “He scored buckets, as well as set up his teammates to score. He also handled the pressure well.

“This is a great morale booster for our game tomorrow against a really good MdCV team. We had a rough start to the season but hopefully we turned the page tonight.”