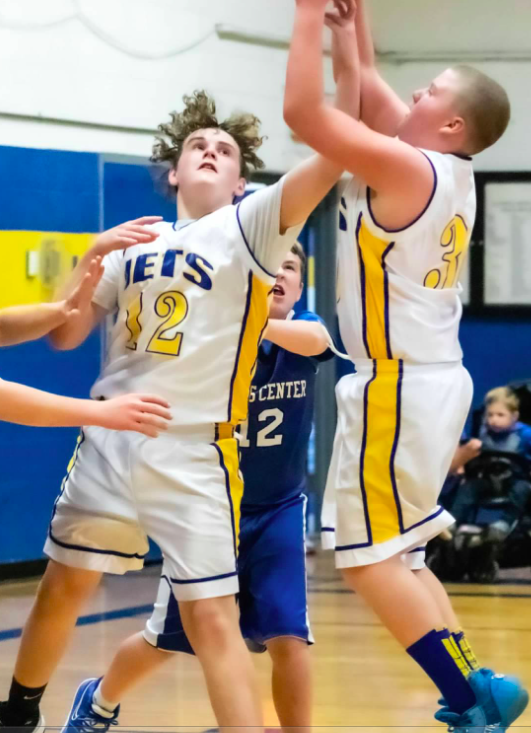 It was the only game of the evening, as the AMMS Lady Jets did not play.

The Altoona-Midway Middle School squads will now break for Christmas vacation, returning to the hardwoods for a home doubleheader against Thayer on Thursday, Jan. 6.

The Jets piggy-backed their fine performance Thursday (35-18 over Oswego) with another solid win over the Liberty Arrows. After opening the season with a pair of losses, the Jets have now evened their season-record at 2-2.

“I think these last two games have really given our boys some confidence,” said AMMS head coach Craig Null. “I like the direction this team is headed. I hope we can continue that momentum after Christmas break.”

The Jets stormed out to a 12-2 first-quarter advantage, increasing the margin to 22­-6 at halftime. Altoona-Midway made it 32-8 after three period and coasted to victory.

“Those two had big games,” Null noted, “but what I really liked was after the game was in hand, our main threats went out of their way to try to get the other guys involved in the offense. We’re truly becoming a team.”

O’Connor also led the Jets in rebounding with nine, while Carter had eight and Blake Nalley pulled down seven boards. Beck had four steals.

Judah Stockebrand and Noah Spaulding each need four points for the Arrows, while Jubal Stockebrand also had a bucket.