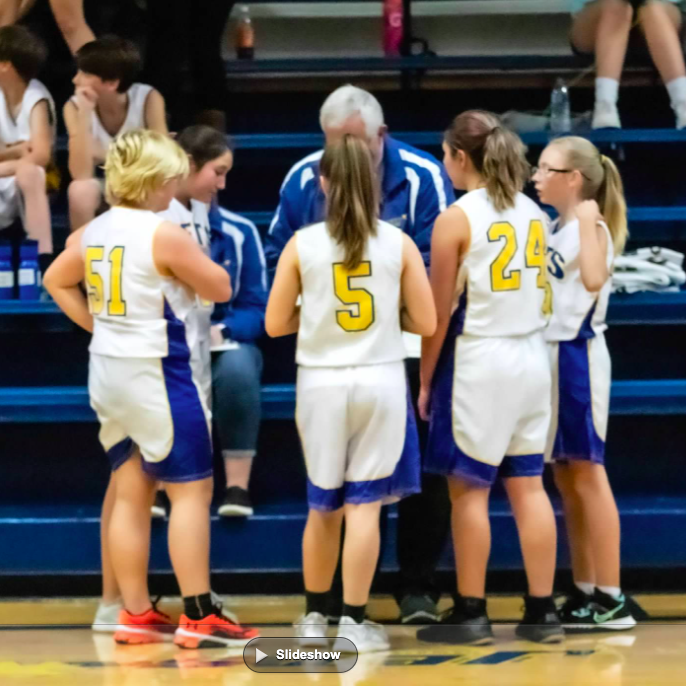 The visiting Flyers won both ends of the twinbill. In the opener, Thayer beat the Lady Jets 36-2, then TMS came away with a 34-20 triumph in the boys’ contest.

Both AMMS squads will be back in action Monday, when they host St. Paul. Tipoff for the girls’ game is slated for 5 p.m.

The boys’ game was much closer than the final 34-20 score would indicate. The Jets led 14-13 at halftime, but saw two of their five players disqualified by fouls in the second half.

“The game was tied 17-17 when Taj (O’Connor) was whistled for his fifth foul midway in the third quarter,” said AMMS coach Craig Null. “So we were playing 4-on-5 from that point on, and then Kody (Foster) fouled out in the fourth quarter, so we finished the game with only three players.

“That being said, I’m very proud of the boys for battling until the end. It was a great game when it was 5-on-5,” Null said.

Kage Beck had a good game offensively for the Jets, leading the team in scoring with nine points, while Foster finished with eight. Blake Nalley added a bucket and O’Connor had one free throw.

Foster pulled down 14 rebounds for the Jets (2-3), while Beck added eight caroms.

The Lady Flyers showed why they are unbeaten on the season, scoring early and often in rolling to a 36-2 victory.

“Thayer has a fine team, and we just overmatched,” Null said. “But the girls never gave up, and that’s all I can ask from them.

“We actually didn’t play too bad on defense, other than blocking out. We just have a very difficult time with ball-handling and turnovers.”

Thayer led 9-0 after the first period, 24-0 at halftime, and 34-0 entering the final period. Chantal Morales garnered a fourth-quarter bucket to allow the Lady Jets to avoid the shutout.

Harmony John poured in 16 points to lead the Lady Flyers, while Macie Raida and Averee Hicks chipped in six apiece.

Sondra Morales and Eryn Tiger led the Lady Jets in rebounding with four and three, respectively, while Harmony McFarland came up with two steals.

The Lady Jets fell to 0-4 on the season.