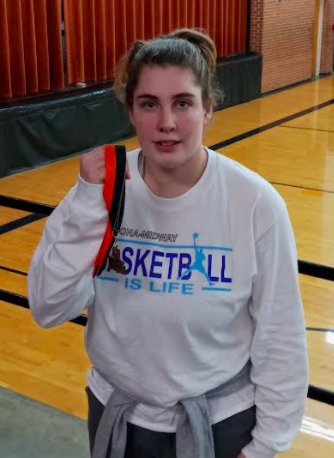 UNIONTOWN – Tournament week takes a toll on every high school team, but the week seems a little longer and harder when you find yourselves on the losing side of the scoreboard.

Such was the case for both Altoona-Midway High School basketball teams here Friday, as each squad fell to Prairie View High School to close out play in the Uniontown Midseason Classic.

Prairie View posted a 72-39 victory over AMHS in the boys’ game, while the PVHS girls notched a 51-29 triumph over the Lady Jets.

Both the Jets (2-9) and the Lady Jets (2-8) will return to Three Rivers League play on Tuesday, traveling to Cherokee to square off against Southeast High School.

Prairie View jumped out to a 22-6 lead after one period and built a commanding 47-16 advantage at halftime. Altoona-Midway won the third period to make it 62-36, and PVHS closed things out with a 72-39 win.

Prairie View had some size and physical ability that we struggled to match,” said AMHS head coach Lane Huffman. “They threw it over the top and our rotations weren’t as fast as we needed. It was our third game in four days, so we were bound to have some tired legs.

“However, we battled and had a nice third quarter, outscoring them 20-15,” Huffman noted. “At that point it was just a little too late, but I’m glad to see fight in our guys.”

Jackson Ashmore led the Jets offensively with 13 points, while Dalton Smith added an even dozen, with all of them coming in the third quarter. Harvey Lopeman tossed in six points, Kieran Foster and Drew Miller each tallied three points, and Chase Nalley scored two.

“We’re excited to get back into league play,” Huffman said. “This was a disappointing week, but there’s a lot to learn from this. We’re just going to keep getting better each day, and the wins will follow.”

The Lady Buffaloes registered a 51-29 victory over AMHS, but the Lady Jets refused to go down without a fight.

“The girls came out tonight ready to give it their all, and they did just that,” said Lady Jet assistant coach Lea Chickadonz, who filled in all week for head coach Randy Almond, who was forced to quarantine. “We played very aggressive, and I’m proud of them.”

PVHS led 18-8 at the end of the first period, and took a 31-17 lead at the midway point. The Lady Buffaloes enjoyed a 40-24 cushion entering the final quarter finished with a 51-29 margin.

In addition to missing their head coach, the Lady Jets were once again forced to play the entire game with just five players suited up.

“Being shorthanded the way we were, it made for a long week, but the girls never gave up. All five girls contributed to score again tonight,” Chickadonz noted. “We will definitely be ready to have everyone else and Coach Almond join us again next week.”

The highlight of the week came when Lady Jet senior Mariah Stackhouse was named to the all-tournament team.