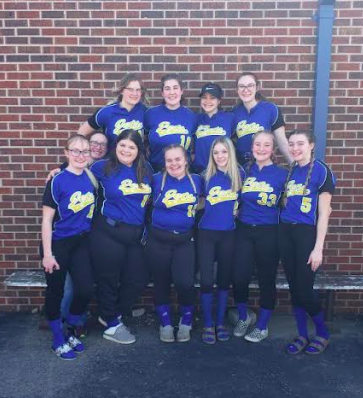 BUFFALO – Altoona-Midway’s high school softball team opened a three-date, six-game homestand here Monday afternoon, but the results were not what they were hoping as the visiting Jayhawk-Linn Lady Jayhawks steamrolled to a pair of victories in the Three Rivers League doubleheader.

“We’re still working fundamentals in all phases of the game,” said Altoona-Midway head coach Randy Almond. “I appreciate the girls for working hard and staying positive.”

In the first game, Mariah Stackhouse was the lone Lady Jet to reach base, rapping out a single to begin the second inning.

AMHS collected three hits and a run in the nightcap. With one out in the bottom of the third, Abi Elsesser pounded a double to left and Summer Raymond followed with a single to center. Elsesser then scored on a groundout by Autumn Raymond for the Lady Jets’ only run.

The Lady Jets threatened an inning earlier when Stackhouse began the inning with a walk and Kyra O’Connor followed with a sharp single to left, but both runners were left stranded.

Altoona-Midway (0-12) be at home again on Thursday when the Lady Jets host St. Paul. First pitch is slated for 4:30 p.m.