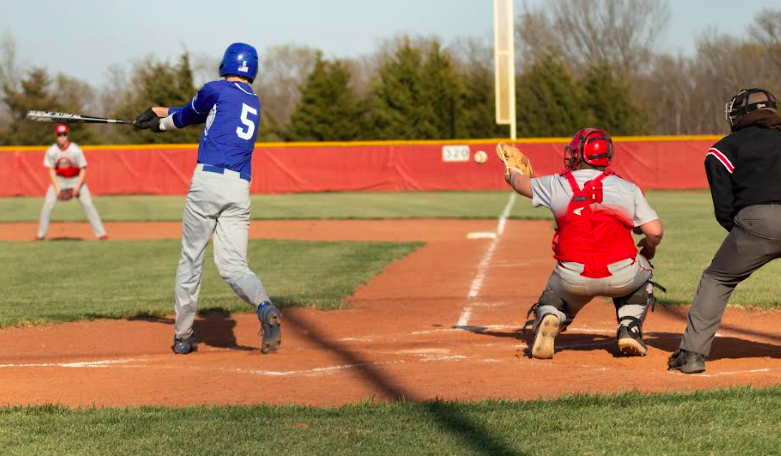 OSWEGO – Altoona-Midway High School was unable to field a baseball team this spring, but Jacob Meigs refused to let that keep him from playing the high school version of our National Pastime.

Through a cooperative agreement between the two schools, the AMHS sophomore is participating with the Yates Center High School baseball team this spring.

Meigs is the lone Jet using the coop agreement to play with the Wildcat squad.

Yates Center is off to a strong start to the season, and most recently swept a doubleheader here Monday against Oswego Indians. The Wildcats rolled to a 15-1 victory in the first game, and followed that up with a 16-8 triumph in the nightcap.

Meigs started both games and played every inning at second base for the Wildcats. After going 0-for-4 in the opener, Meigs scored two runs in the second game, also wrapping out an RBI single in four plate appearances.

Jayston Rice was the star for the Wildcats in the first game. Rice was the winning pitcher and also went 4-for-4 at the plate with two doubles and three RBI. Preston Hurst and Canon Cavender also pitched in the opener.

In the nightcap, Sean Hurst started and got the win for Yates Center, with Cavender and Emmett Brittain pitching in relief. All three also had two-hit games at the plate, as Hurst scored four runs, Cavender drove in four runs and Brittain plated three runs. Chayse Hobbs led the Wildcats with three hits and also added three RBI.

Blumer and Perona led Oswego with three and two hits, respectively, and each scored two runs.