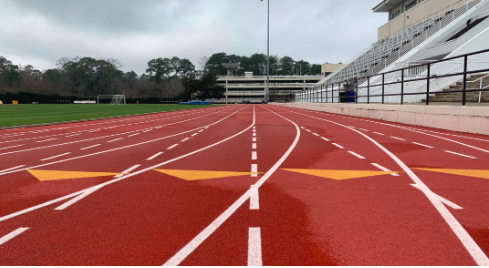 What a busy week for the Altoona-Midway Middle School track team.

The boys and girl thinclads of the AMMS squad should sleep well this weekend, after they participated in track meets on three consecutive days during the past week.

“Due to a make-up being rescheduled for Wednesday, we had invitationals on three straight days,” noted Chary Weilert, head coach for the AMMS team. “That’s a lot of ask of middle school athletes, but the kids gave good effort the entire week, and still came up with some good results – even on Thursday.

“I was very proud of them, and now hopefully they will rest and recover over the weekend, and be ready to give it their all at the Mineral Belt League meet Monday at Altamont,” Weilert added.

Here is a roundup of AMMS results for each event:

The Jets compiled 16 points in seventh grade and seven points in eighth grade, while the seventh and eighth grade Lady Jets finished with 17 and 11 points, respectively, in this rugged invitational.

Other Jets and Lady Jets placing in the top six and earning points Tuesday were:

“The long jumpers had a great night last night. The jumpers have been working with Coach Almond a lot this past week and it showed,” Weilert said. “Their approaches were spot-on. It was nice to see them hit the board consistently and focus on their jump technique instead of worrying about whether or not they were going to scratch. Even though not all of them placed in the top six, five out of the six jumpers set new PR's.”

Braxton Wittlake had the top individual finish for the Jets at Yates Center, placing second in the 8th grade shot put with a toss of 33-5.

“I was heart-broken for Braxton, who sprained his ankle in PE,” Weilert said. “He had focused a lot of his practice time on his discus technique, and unfortunately his ankle was just too sore to go full throttle. But he was bound and determined to compete this week, and that showed a lot of heart.”

The shot put also had a little controversy for the Jets, as Chance Carter and Taj O’Connor “officially” placed fourth and sixth, respectively, for the seventh grade boys.

“There was some question about whether the results got mixed up for these two,” Weilert said. “The consensus seemed to be that Taj actually beat Chance – but the consensus is unofficial.”