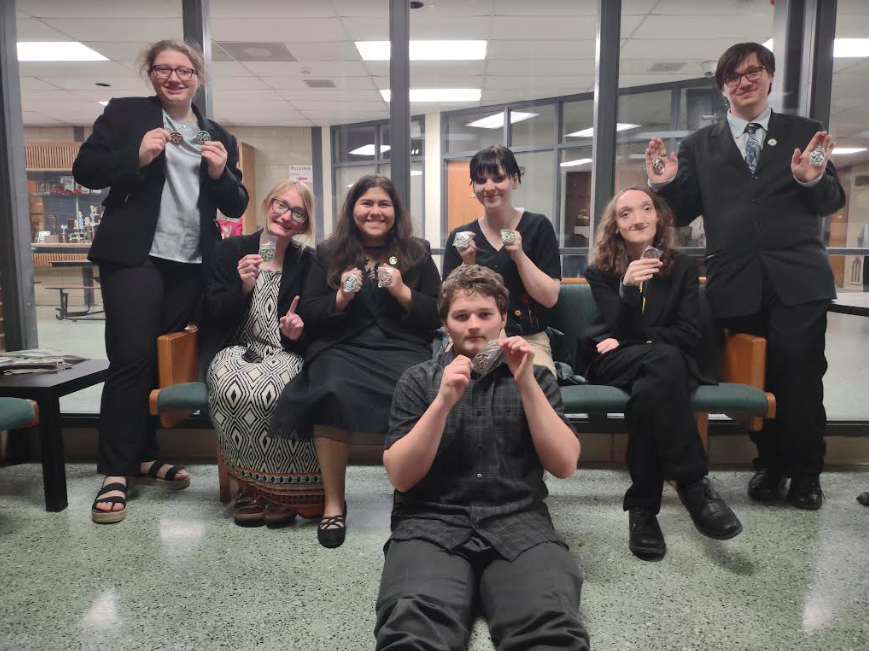 This year five of our squad qualified for this honor.  To qualify, competitors had to place 1st or 2nd twice in the season, be a National Qualifier, or place 1st or 2nd once and 3rd at least once.

Our squad went up against schools like Great Bend, Hutchinson, Olathe Northwest, Olathe East, Olathe North, Lansing, Shawnee Mission South, and many others.

Now on to 1A State Finals in Salina this weekend.

On April 8, 2022, The Forensics  Squad brought home third place wins in Sweeps at Flint Hills and the Tiny but Mighty Tournament in Neodesha.

Along with Sweeps, our squad brought home prize-winning medals!

These two tournaments are the first time all squad members broke into the finals.

All students are qualified to go to the State Forensics competitions in Salina on May 7th.