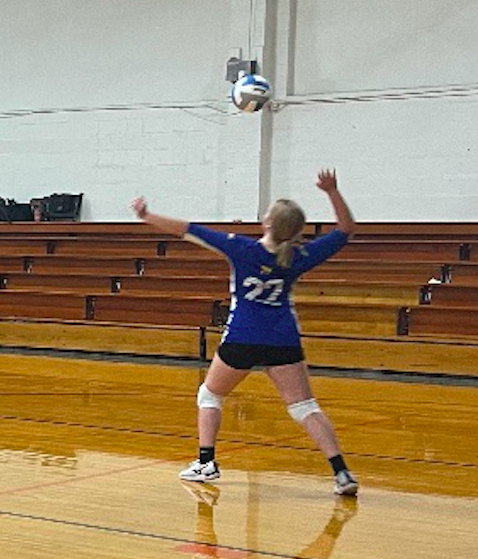 ROSALIA – It was a long day at the office for the Altoona-Midway High School volleyball team here Saturday as they were unable to post any victories in the always-tough Flinthills Tournament.

“Overall, this weekend was not our best,” said AMHS head coach Amanda Odell. “We did learn some things and we came together more as a team, but we did not play to our full ability. We will work this week in practice on coverage and on staying positive.”

Altoona-Midway dropped to 2-8 overall in match play for the season. The Lady Jets were scheduled to play at Yates Center on Wednesday, and they will compete in the Humboldt Tournament on Saturday, Sept. 17.

“We struggled in the opener,” Odell said. “Their serves were very good, and we just could not get them back over and in play. We were not moving our feet and we did not communicate with each other.”

Kyra O’Connor had three serve points and a kill for the Lady Jets, while Emmalynn Pupanek had two kills and Autumn Raymond recorded two assists.

“We played a little better against Hartford but still not to our full potential,” Odell noted. “We wee not covering hitters and just weren’t moving much. But the girls had better enthusiasm and stayed positive the whole match even though we were down, which was great.”          O’Connor had five service points and a kill; Jyl Davis had four serve points and Pupanek, Summer Raymond and Autumn Raymond each notched three service points. Pupanek and Autumn Raymond also added a kill apiece.

“Even though we came up short in our final match against Chase County (14-25, 17-25), the girls played with positive attitudes and they stayed that way. It was a lot better game to watch, and gives us something to build on,” Odell said. “We covered a little better, but still not up to our potential.”