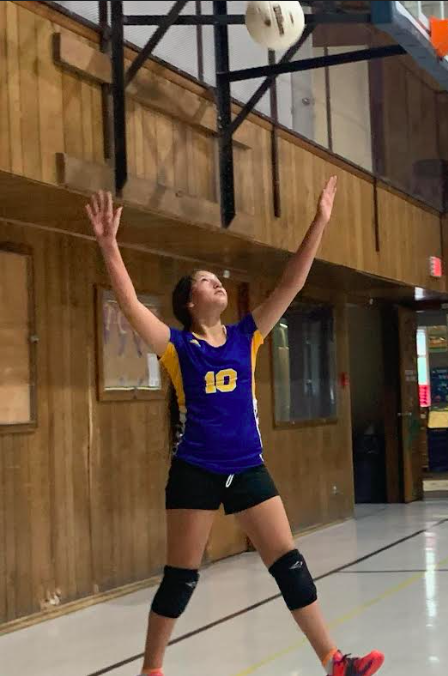 TYRO – Fresh off their first victory of the season earlier in the week, the
AltoonaMidway Middle School volleyball squad was looking to make it two in a row as
they took on Tyro Christian School here Thursday afternoon.
The host Lady Eagles squad had other ideas, however, as they won the best-of-five
dual match in four sets.
Tyro captured the match 25-10, 25-14, 23-25, 25-16.
“Tonight was very up and down for us as a team,” said AMMS head coach Nikki
Almond. “We did not play to our full potential and we definitely have some things we
need to work on in practice. But the girls are learning how to stay strong mentally on the
court and keep each other pumped up.
“Matches like this are hard, but they also give us something to build on, and we are
looking forward to doing just that,” she added.
The Lady Jets, now 1-3 overall on the season, will resume play Monday, Sept. 19,
when they host a triangular with Bartlett and Mound Valley middle schools. First serve is
slated for 5 p.m.
Harmony McFarland led the Lady Jets with three aces on the evening, while Hadlee
Pupanek and Sandra Morales each had two aces, and Bella Davis and Bella Douglas both
added one.
“Khiana Hicks got 100 percent of her serves in, and Bella Douglas got 92 percent of
hers in,” Almond noted.
Morales also recorded a pair of kills and two digs for the match, while Davis added
a kill. Pupanek led the squad with three tips, while McFarland recorded two tips and a dig,
Hicks added one tip and Destiny Raymond garnered a dig.