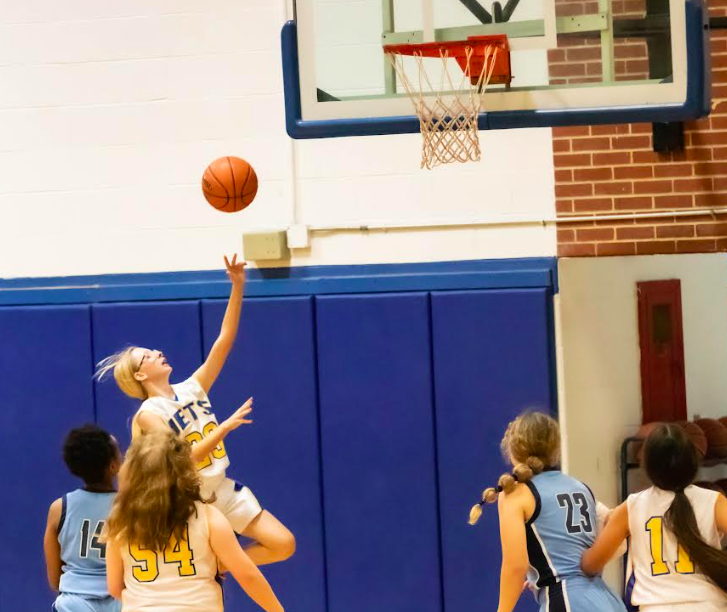 BUFFALO – It was a tough day at the office for both of the Altoona-Midway Middle School basketball teams as they were handily defeated by Altamont Middle School in a Mineral Belt League doubleheader here Thursday afternoon.

Altamont girls opened the twinbill with a 45-4 win over AMMS, while the Jets fell to the Eagles in the nightcap 36-6. The games were played at Milo Peterson Gymnasium.

Altoona-Midway will be back in action Thursday, traveling to Oswego for another MBL doubleheader.

Cold shooting woes doomed the Jets in their 36-6 loss to Altamont. AMMS shot just 10 percent from the field for the game, hitting on 3-of-29 attempts.

“I thought we played much better than the score indicated,” said AMMS head coach David Batzer. “We were getting good looks at the basket, especially in the first half, but the shots weren’t falling. Our defense was better overall as kids are starting to understand our scheme and make good decisions.”

The Jets’ efforts were also hampered by returning starter Taj O’Connor injured his hand late in the second quarter and was unable to return to the game.

“Our youth and inexperience really started to show when Taj was unable to return for the second half, but one positive takeaway was the amount of court time all the younger players got tonight,” Batzer noted.

Chance Carter scored four points and hauled down 11 rebounds to pace AMMS (0-3), while O’Connor had two points and six rebounds in his limited action. The Jets also got five rebounds from Zach Good, and two steals apiece from Carter, Chance Mustain, and Eliot Ard.

“I feel bad for the boys,” Batzer said. “I know they’re down after the loss, but I see so much growth in their play that I know will pay dividends at some point this year.”

The Lady Eagles were in control from start to finish as they rolled to a 45-4 triumph.

“Last night was a tough game for us, but the girls didn’t give up. They pushed until the end,” said AMMS head coach Amanda Odell. “Altamont was a solid, tough team and we just came up short. We need to work on running our offense and rebounding; but it will come with time and practice.”

Altamont led 39-4 at halftime before taking their foot off the pedal for the second half. Sandra Morales and Peyton Drake each hit first-half buckets to account for the Lady Jets scoring. Morales grabbed five rebounds and Destiny Raymond collected two, while Drake and Bella Douglas each had steals for AMMS (1-2).

“I am still proud of my girls,” Odell said. “They are a great group and they show every day that they want to get better.”

The teams also played a “B” contest, with Altamont winning 18-6. Raymond scored four points and Morales two for the Lady Jets.