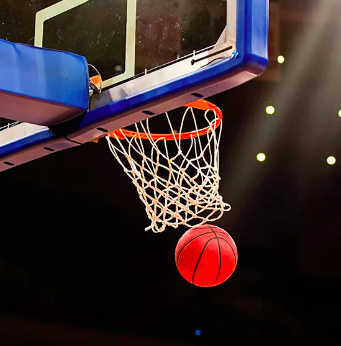 AMMS drops a pair to Bartlett

BUFFALO – If they were to make a play about heading into Christmas break, the
Altoona-Midway Middle School boys’ basketball team would probably suggest that the
Bartlett Braves be cast as the part of Scrooge.
The Braves were not in a giving mood Thursday afternoon, as they posted a
business-like 39-7 victory over Altoona-Midway at Milo Peterson Gymnasium.
The boys’ set-to was the only game on the evening slate. The Lady Jets will play a
girls-only contest at St. Patrick’s of Parsons later in the season.
But despite the final score, AMMS head coach David Batzer saw some positives in
the play of the Jets.

“Bartlett is a big team primarily made up of eighth graders, and that was evident
from the opening tip,” Batzer said. “Our kids never backed down, but outside of Taj
(O’Connor) and (Chance) Carter, we were extremely overmatched from a size perspective.
With that said, our kids never backed down from the challenge.
“I actually thought we moved the ball better tonight than we have all year,” Batzer
continued. “To look up at the scoreboard and see that we didn’t score after halftime was
puzzling, because I thought we played better on both ends of the court in the second half.”
Bartlett led 13-2 after the end of the first period and 28-7 at halftime. The Braves
added 11 second-half points while AMMS was failed to score after intermission.
O’Connor, the Jets’ lone eighth-grader, tallied four points on the night and Carter
added three. O’Connor and Carter each pulled down four rebounds and blocked shots
apiece.

“I thought Taj also did a really good job of trying to get his teammates open looks
with some really good passing,” Batzer said.
Midget paced Bartlett with 13 points while George added 10.
“We keep improving, and that’s what’s important right now. Every game and
practice the boys show improvement, and sometimes you have to focus on that silver
lining,” Batzer noted.

“Tonight we were able to play two quarters of a B-team game, and all the sixth
graders had rebounds and shots. The highlight of the night was when Eliot Ard scored his
first points of the season on a free throw late in the game. When Eliot made that free
throw, every one of our kids celebrated,” he added. “It’s the small victories that will
eventually lead to even bigger wins.”

It was the final action for the AMMS cagers prior to heading into Christmas break.
The Jets fell to 0-4 on the year, while the Lady Jets enter the holidays at 1-2.
Both squads resume play on Jan. 5, traveling to Thayer.