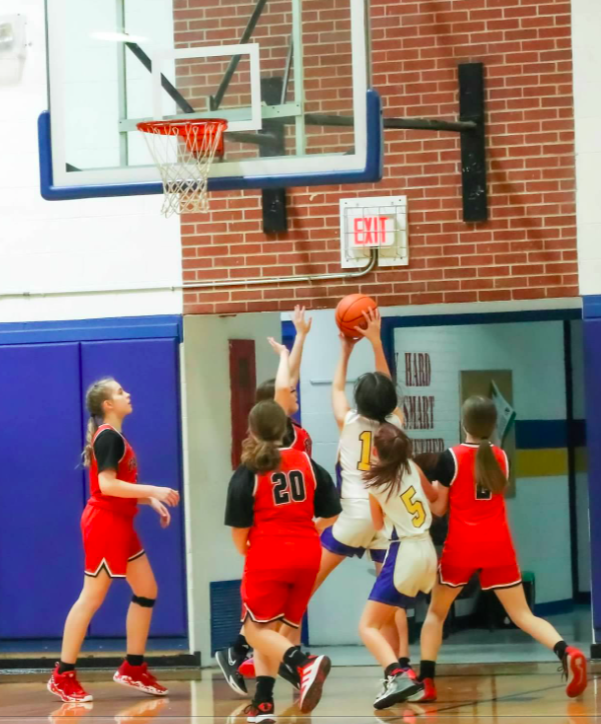 Meadow View easily captured both “A” contests, as the Falcons won the boys’ game 50-6 after the Lady Falcons posted a 29-6 win in girls’ action.

MVMS also came out on top in a pair of two-quarter “B” matchups. Final scores were not available for those games.

The Altoona-Midway cagers will hit the road on Tuesday, Jan. 17, traveling to Oswego for more MBL action.

“The boys played hard the whole game and never gave up,” Odell said. “We were only playing with seven players. I tried putting in a 2-1-2 defense that some of them have never done, and they went out and did it without complaining.”

Individual stats were not available.

The Lady Falcons led at halftime 17-2 and finished with a 29-6 victory.

AMHS (1-5) was paced by Sandra Morales and Mika Parsons, who each had a bucket and a free throw to finish with three points apiece.

Brooklynn Collins had eight rebounds while Morales and Parsons hauled down five and four caroms, respectively.

“The girls are still improving. We have been working on rebounding and running the offense,” Odell said. “We did a little better last night but still need work. We did improve on putting the ball back up when we got the rebound.

“These girls are starting to play together more as a team which I enjoy watching,” Odell added. “They worked hard the entire time and never gave up.”

In the “B” game, Morales and Parsons scored two points each and Harmon McFarland added a free throw.