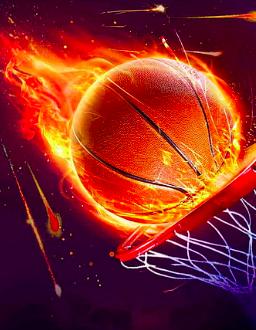 MOUND VALLEY – The Altoona-Midway Middle School basketball teams traveled to Mound Valley Thursday night and were defeated in both ends of a Mineral Belt League doubleheader.

Mound Valley won the boys’ contest 41-14 and also came out on top 29-6 in the girls’ game. The twinbill was originally slated to be played at AMMS but were moved due to the Milburn G. Apt Memorial Tournament hosted by the high school.

“I thought we played our best basketball of the year tonight,” Batzer said. “The boys were passing and shooting as a team, and even though Mound Valley was really big the boys didn’t back down under the rim. They fought for rebounds and position all night.”

Chance Carter had a great night for the Jets with 12 points, 12 rebounds and five blocks. Chance Mustain chipped in the other two points to round out the scoring for the night.

“He wasn’t the biggest player on the court last night, but Chance Carter definitely played like he was,” Batzer said. “He fought for every rebound and made it really difficult for Mound Valley to score in the paint. He was efficient with his shooting and was passing good out of the double team.”

“The boys are consistently getting better,” Batzer added. “We’ve had our share of adversity this season but they continue to hustle and fight no matter what the score is. I’m really proud of their effort.”

The squads also played a “5th Quarter” B-game, which ended 4-4. Zach Good and Caden Sicka each scored 2 points for the Jets.

Finding enough offense continued to be the drawback for Altoona-Midway (1-7) as they dropped a 29-6 decision to the Lady Mustangs.

AMMS trailed just 2-0 after one period, but Mound Valley increased the lead to 12-2 at halftime and 25-4 after three quarters.

“We played like we were in slow motion tonight for some reason,” said AMMS coach Amanda Odell. “However, we did a better job of taking shots. We just need to work on being able to see the floor when we are on offense. I still see improvement with every game; whether it be individual or as a team.”

“Mika is finally understanding going back up for the shot following a rebound; she scored two baskets doing that,” Odell noted.

Meanwhile, while she didn’t score and missed part of the game due to a bloody lip after getting elbowed on a rebound, Sandra Morales pulled down 16 rebounds and had four blocks for Altoona-Midway.

Shull poured in 21 of the 29 points for Mound Valley.

Mound Valley also won a two-quarter “B” game 9-2. Parsons had the bucket for AMMS.

The AMMS girls will travel to St. Patrick’s on Monday, Jan. 23. There will not be a boys’ game that evening.